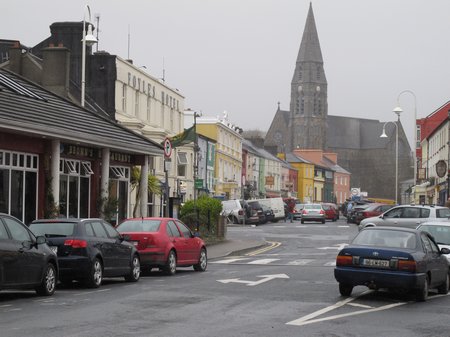 Clifden in the rain. 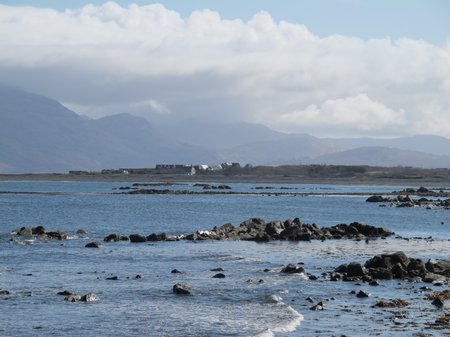 Renvyle House Hotel from across the bay. 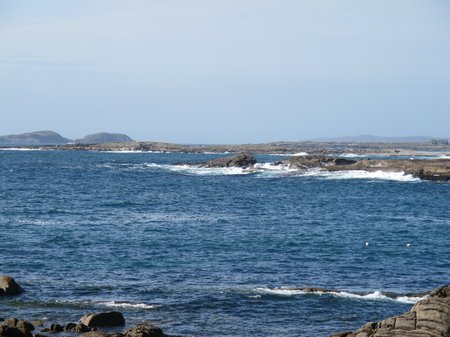 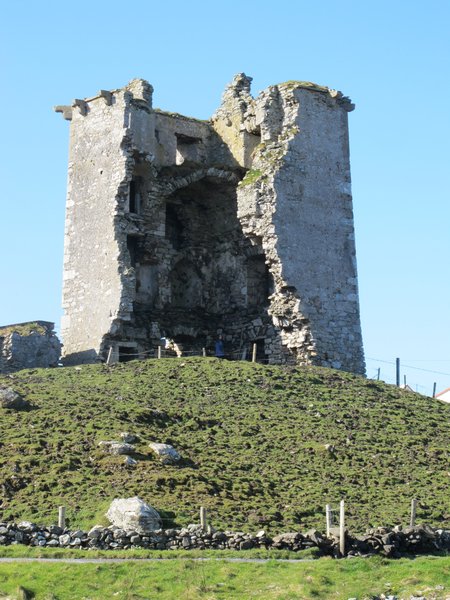 I’m a sucker for stories of strong women in history particularly if the story involves a strong woman who was able to succeed in a man’s world long before the rights and privileges afforded to most women today (in the developed world at least) were available. Granuaile was such a woman. A pirate captain who ruled the seas around Ireland (the west coast anyway) in the 16th century, she’s a fascinating character to read about. When I discovered that the castle she sacked on hearing that her first husband had played away from home was just a short distance from our hotel in Renvyle, I had to go check it out. The castle was an easy cycle from the hotel and, although you do feel like you’re taking your life into your hands when you walk or cycle on rural roads in Ireland – particularly with kids on rented bikes, it was a great way to start our day. (And yes, I did climb over barbed wire and tromp through mud just to check out a small, run-down, 15th century castle. BigB thought I’d temporarily lost my marbles.) 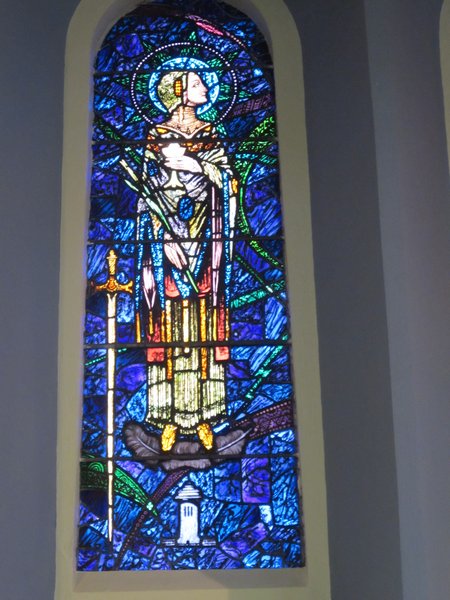 Exercise over for the day, we set off on a “local’s favorites” tour of the area, guided by my aunt Joan. Our first stop was to admire the Harry Clarke stained glass windows in the (tiny) church in (equally tiny) Tullycross. It was a short stop since our boys were decidedly not interested in getting out of the car. Not really knowing what to expect, I didn’t spend any time cajoling them to come along – which I regretted immediately once we got inside the church. Next time. 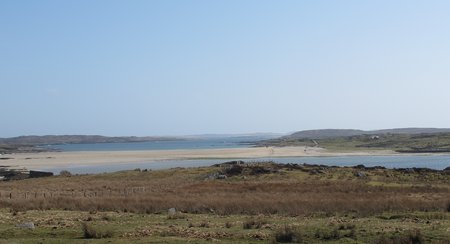 We stopped at Oliver St. John Gogarty’s grave to pay our respects before heading towards Cleggan, a very picturesque fishing village, and from there on to Claddaghduff. Our destination was Omey Island. I’d never even heard of Omey Island before we set out and my aunt, while singing Omey’s praises and giving us lots of detailed local history, completely neglected to mention that Omey is a tidal island. We came around a bend in the road and she stopped the car abruptly. “Now”, she said. “Where’s your camera?”. I realized that I was supposed to get out of the car and take a photo of the view of the Omey Island causeway 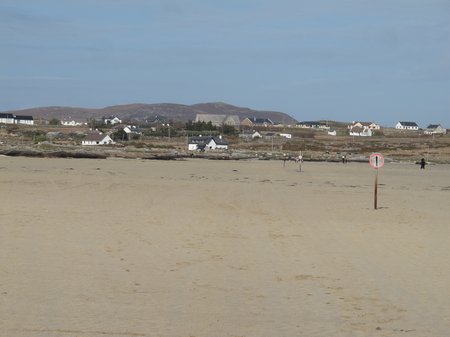 Driving across the sand gave a whole new meaning to the word “road” – even if there were road signs marking the way. Omey did not disappoint. The boys were off in an instant exploring the rocky beach where we’d parked. I was happy snapping away trying, but not quite succeeding, to capture some of the beauty of this fractured Atlantic coast with my camera. 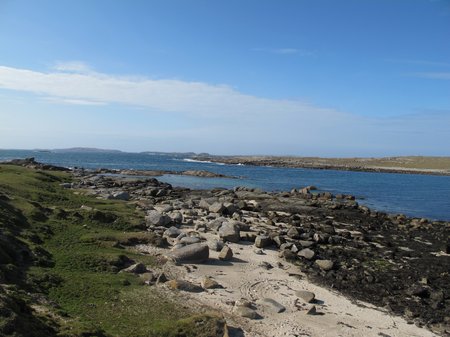 With hungry boys in the car, we stopped at Cleggan for something to eat before returning to our hotel, happy and lucky, to have been introduced to Omey Island.