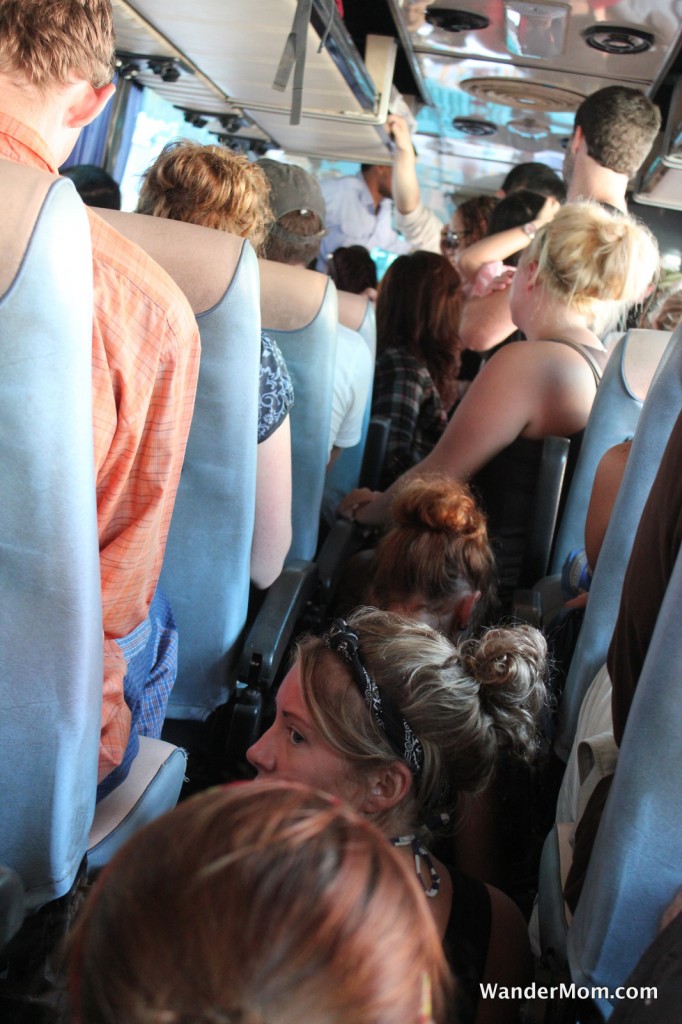 This is what a crowded backpacker bus in Thailand looks like. Every seat filled with people standing and sitting all down the aisle. If you think that’s not safe, consider also that the backpacks belonging to the extra passengers were piled up behind the driver, blocking the entrance and there was no air-conditioning. Altogether not ideal but certainly not unusual for backpacker travel in South East Asia. Surprisingly even with a few grumbles about over-crowding the mood on this bus was cheerful and friendly. I guess everyone was focusing on the destination: beautiful beaches on the islands in the Gulf of Thailand.

Everyone, that is, except one American girl. She and her three friends were among the unfortunates who boarded the bus last and ended up sitting in the aisle. As the bus pulled away from the stop, when all of the aisle-seaters were arranging themselves as comfortably as they could, she started to panic. She became agitated: “I can’t do this. I can’t do this. This is claustrophobic” . Honestly I was afraid she would become hysterical which would have been unfortunate for her but also possibly dangerous to the people around her – including my two children who, at this time, were calmly sitting (on seats) reading their books. 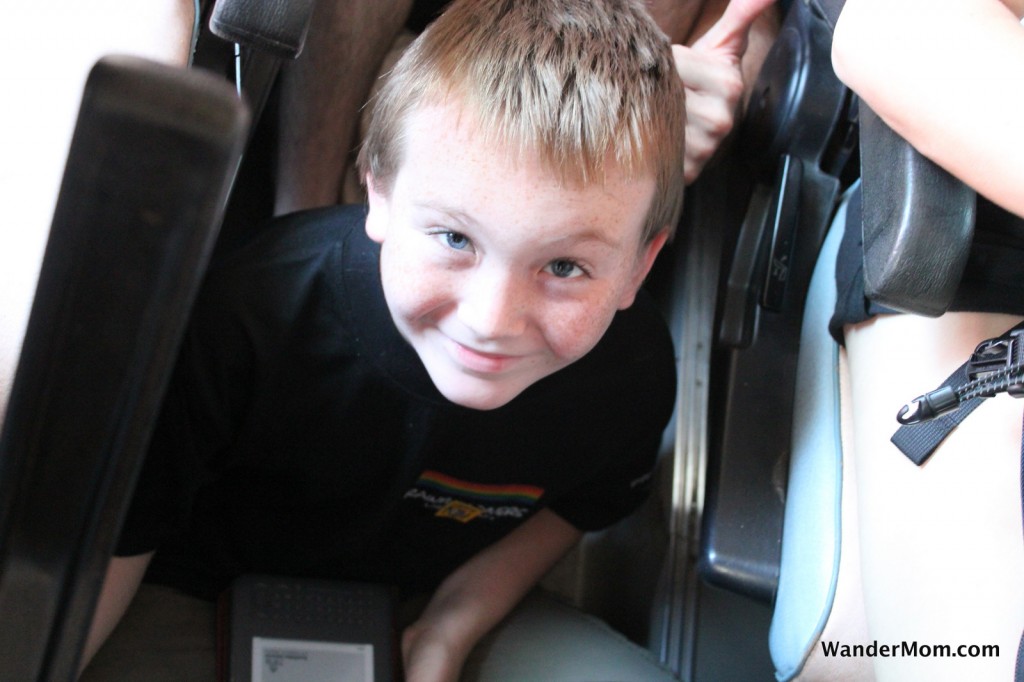 As this girl became more upset no-one moved to help her. To me this was an interesting sociological scenario. Ideally, I’d support the Good Samaritan principle: help others when you’re not obligated to do so. However, in this case all the budget travelers on this bus had been equally swindled. This journey wasn’t going to be comfortable for anyone.

Then BigB stood up and offered her his seat. She grabbed it as if it were the last place on a Titanic lifeboat, thanking him profusely while I fumed (inwardly) at her selfishness. BigB beamed at the praise heaped on him by the kids seated around us. Murph and I piled on “Well done Buddy”‘s too. All the while I was thinking: “What a princess! She shouldn’t have come on a backpacker trip if she can’t handle the stresses budget travel sometimes throws your way.”

So, here’s my question to you: What do you think? Am I being too harsh on this girl? Was BigB’s charity appropriate? What would you have done?