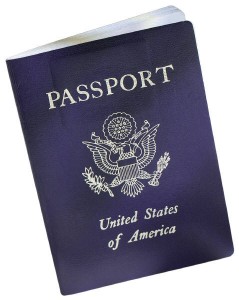 Where Are You From? This innocuous question, frequently asked during our travels has led me to ponder, possibly too deeply, what national identity means. So today I’m going to indulge in a little navel-gazing on this subject – feel free to check out now if this is not your cup of tea.

When someone asks me “Where are you from?”, I usually reply “I’m Irish, but I live in Seattle”. The typical response is something like “I thought you were American” usually said in the tone of “I knew it was Colonel Mustard in the Library with the candlestick” since I, accent-chameleon that I am, have only a shadow of a brogue left in my speech. (I have lived in the US for the past fifteen years and I have US citizenship.)

We’ve met other expats with similar life stories on our travels. On a winery tour in Argentina, we met a friendly German who told us he was from Hamburg only to later share that he’d been living in Brazil for over forty years. On the same tour we met a much older couple with the sharpest New York accents that I have ever heard. It turns out that the wife was born in and had lived her whole life in that great city but her husband was Argentinian and had immigrated to New York in his twenties. He didn’t correct our initial assumption that he was American. I can attest that sometimes I don’t correct people either since, for a brief conversation with someone you may never meet again, the explanation is just not worth the hassle.

But, my nationality is not my accent. It is not where I choose to live, work, vote and pay taxes (and unlike some, I do vote and I value the right to do so). I will likely never describe myself as American because, being an expat, I don’t consider myself American.

All of which has led me to consider, what does cause me to identify myself as Irish? It’s hardly language since the only Gaelic I know is the little I learned in school. Music and literature are important in Ireland and there are plenty of both in our house but books and songs alone seem insubstantial. Guinness does not a cultural tradition make and Ireland has great seafood but nothing like the strong culinary identity of say, France. I think it’s fair to say that national customs are important but nebulous. The weight of any one thing, whether it’s food, dance or sport, depends not only on the country in question but also on personal interest and participation.

I grew up in Ireland, moving to the U.S. when I was 24. Having lived there is very important but I haven’t lived there in 15 years and, as any long-term expat knows, countries change. My experience of Ireland is very different to the Irish college kids who we met at a hostel in Peru. After all, they were about twenty years younger than me and had spent their teen years in an affluent country enjoying the benefits of the Celtic Tiger whereas I remember an economically very weak country with rampant unemployment.

Here’s a thought: “Is history the key factor?” Certainly I can give chapter and verse on the various wars and rebellions that make up Irish history. History as a driver of national identity would also account for my children passionately choosing to describe themselves as American – even as they present Irish passports at borders. They have adopted the stories they’ve learned about the Pilgrims and the heroes of the American Revolution as their own.

We’ll soon be visiting Vietnam. Is there a better example of where nationality and history crash together in a way which will influence what we see and do while visiting somewhere? Whether you travel with your children or not I believe that as a parent today, you need to educate your child not only about your country and culture but also, with nuance and feeling, about how your country has behaved on the world stage.