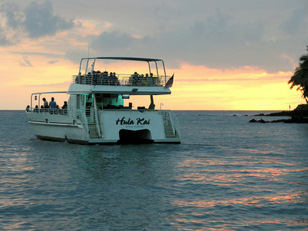 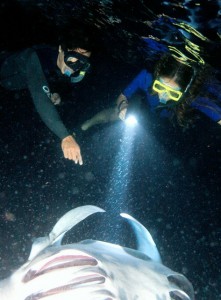 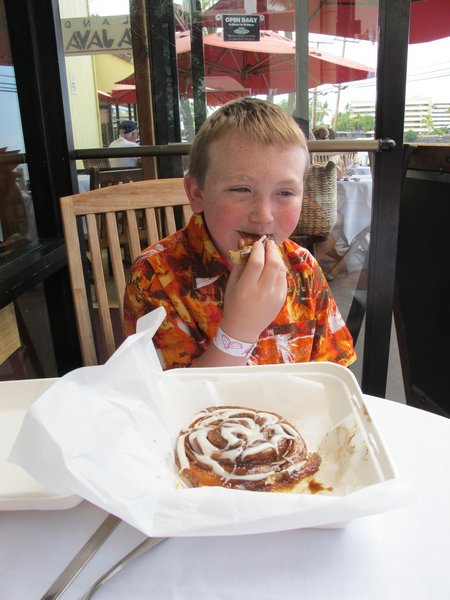 BigB and I stopped for coffee in Kona on our way to the airport after three really fun days on the Big Island. The Lava Java cafe is perfectly situated on the Kona waterfront for a sun-soaked relaxing coffee stop and some people-watching. BigB, as you can see was more interested in the cafe’s excellent (and huge) cinnamon rolls.

Hop on over to WanderFood Wednesday for some more fun travel-themed foodie posts.