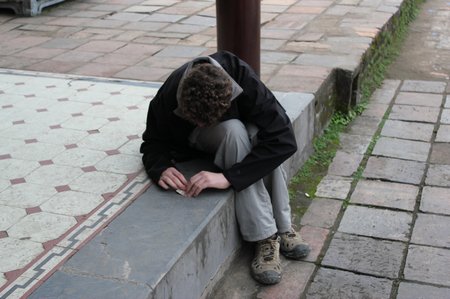 Just inside the square of the main palace at the Citadel or Imperial City in Hue, Vietnam, there are a pair of massive bronze urns filled with rain water. Unsurprisingly, as with fountains and other such water features in any city, people throw loose change into the urns for good luck. When CAM peeked into one of the urns, he spotted an origami crane, now sunken, among the coins. Being an origami nut himself, he though this was a capital idea. Since we didn’t have any origami paper on us (!), he settled for a Dong note instead. 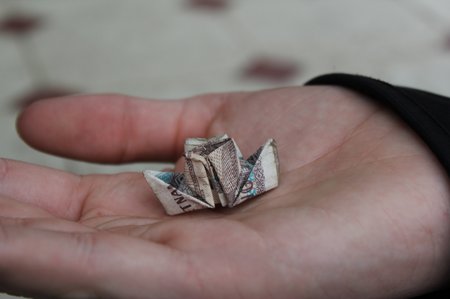 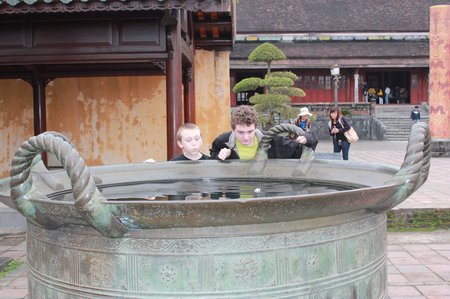 Setting the boat afloat on the urn “pond”.