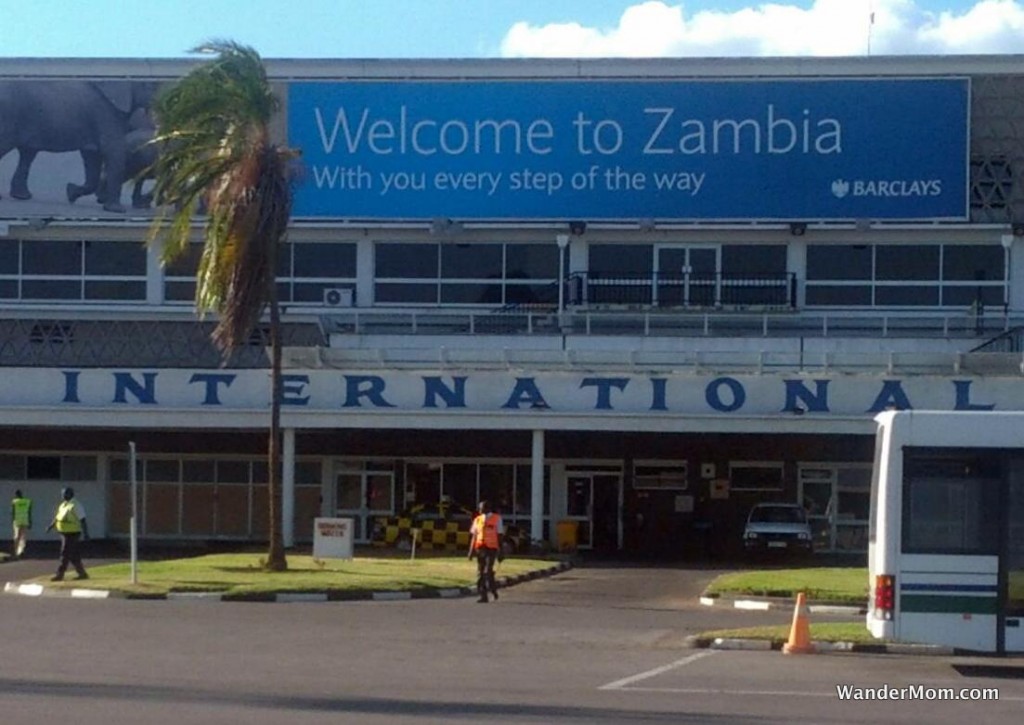 Now that I’m in Lusaka, and before our visit with the Room to Read people starts, I thought I should explain the other reason for my excitement and interest in being here: my husband and four of his siblings were born here. The lived in the very region that I will be visiting over the next four days – where one of the libraries funded by Passports with Purpose in 2011 was built. These facts are bizarrely coincidental.

Murph’s parents returned to Ireland when he was five. He has barely any memories of living here. That he’s “from Africa” is a factoid that each of our kids pondered on – and shared with teachers, friends and random strangers – until they each deemed it (appropriately) an irrelevant description of their Dad. For his parents, on the other hand, living and working in Zambia is an important part of their life story. On our recent visit with them Murph told his Mom that I would be going to Zambia:
“To Mazabuka even.”
“Really? Because of the charity work that you and your friends do? That’s fantastic. Jim, did you hear, Michelle’s going to Mazabuka”, she turned to her husband and reached for his arm.
He didn’t reply. They held hands and the look that passed between them made me feel as if four decades had just fallen away and I was looking at their newly-wed selves.

In the 18 years that I’ve know them Zambia has rarely come up in conversations and if it has, it’s been in fun or when talking about history (which Murph’s Dad, Jim, taught). This was the first time that I considered how important that time in their lives must be to them. Newly wed and recently qualified as teachers they went to teach at a Catholic boarding school outside of Lusaka. They left Zambia six years later and neither they, nor any of their “Africans” have been back since.
“It was such a wonderful time”, Brenda said.
“But all the kids…” (they had five children including a set of twins in those six years).
“We had a cook and a nanny and a houseboy. It was easy. I can’t imagine what it would have been like if we’d been in Ireland.”
“Were all the teachers Irish?” I asked.
“There were a lot of Nordies*” Jim answered, “Catholic. Easier for them to get work there than at home.”
The oddities of the political and economic situations in Ireland North and South in the late 60s and early 70s summed up neatly in just that one sentence.

I’ve just arrived in Lusaka. It’s late and I’m too tired to think straight so I’ll focus instead on the serendipity of the path I’m following. I’m in the steps of two teachers who I love dearly. This visit is giving me the opportunity to see the place where they started their life and family (let’s not forget my all-important husband). They taught here, I’m here to visit a school. They gave their time and skill. I’ve been lucky enough to work with a group of great people to raise money to extended the resources of two rural schools in Zambia. Life. Even the oddest coincidences can be only marvelous.

My trip to Zambia to visit the libraries built by Passports with Purpose in 2011 is sponsored by Expedia.