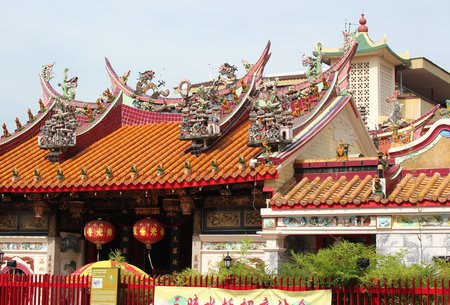 We’re having a slight technical issue with our photos – we’ve run out of disk space and need to do some house/disk-cleaning. So, I can’t put up full posts of the last four busy, busy sightseeing days we’ve had in Singapore, Kuala Lumpur and Penang. In the interim, here’s a brief taste of our first day in Singapore.

We stayed in the Little India neighborhood. This beautifully decorated Buddhist temple was just down the street from our hostel, the scent of inscense wafting up the street reminding us that no, we definitely were not in Sydney any more. And just for good measure, as we walked towards the river – on our way to the train station to buy tickets for overnight trains from Kuala Lumpur to Penang and then Penang on to Bangkok, we passed this elaborate Hindu temple. 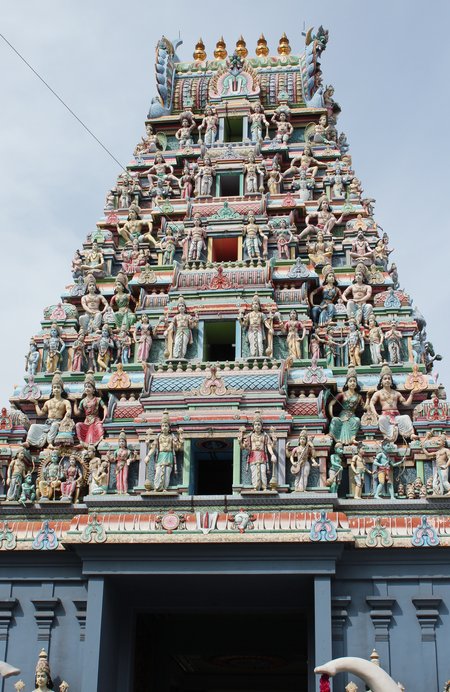 The train station is a beautful building eeriely reminiscent of old train stations in Ireland which is hardly surprising since this was once British Malaya and the stamp of colonial rule is visible in large public buildings like train stations in both countries. It was also empty and the line of three people waiting to be served at the ticket counter took f-o-r-e-v-e-r to progress – because the reservation system was down. I might have been annoyed at having to wait but the hard plastic “Computer Failure” signs made me laugh. Obviously this is a common enough occurence that it’s worthwhile for the staff to have such signage – this is not something which would be tolerated anywhere I’ve ever worked! 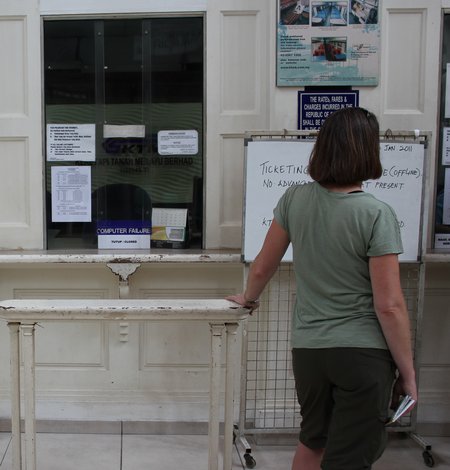 Tickets procured, we wandered through Chinatown stopping to check out the various Chinese New Year totchkes, garlands and trinkets which were laid out in many, many stalls just like this one: 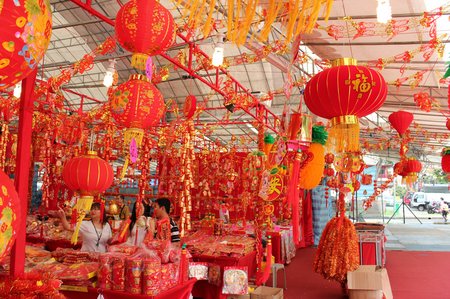 Our wanderings led us past the Buddha Tooth Relic Temple in Chinatown. As we left – having spent about an hour visiting this, the boy’s first ever Buddhist Temple – CAM said: “Well, that was interesting”. From the kid who has refused to go into beautiful churches and cathedrals across Europe and who has to be negotiated with to enter museums anywhere, this was high praise indeed. 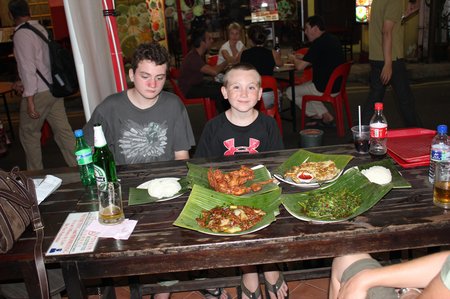 In the evening we went back to Chinatown to eat on Food St. The smile on BigB’s face tells the whole story.