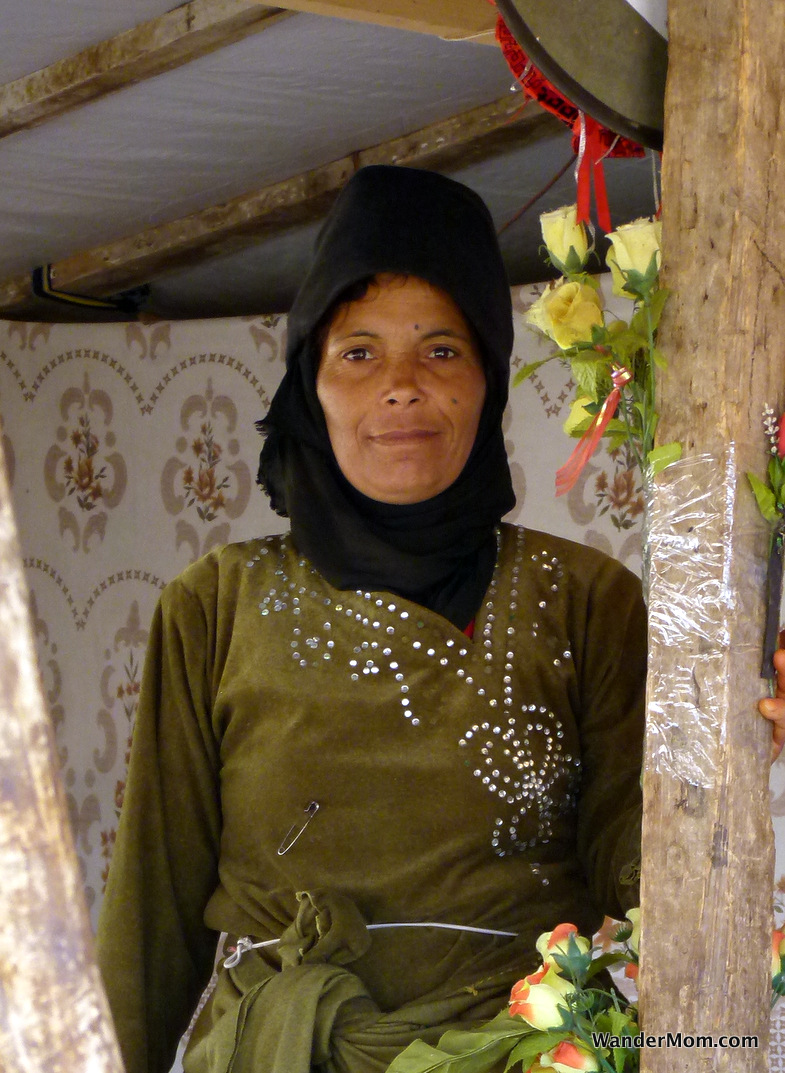 This is a crap picture. I wish it were better. I wish I were a better photographer. I wish I’d even stood up when taking the photo. But, even with it’s failings this is a photo I’ll treasure. The best I can do is share with you the story behind the image.

I said that my visit to a refugee camp made me feel like I’d walked through the looking glass. Here were people building homes with nothing, a million miles from a Home Depot and a world away from IKEA or Pottery Barn. Even with that, I know these people came from towns and cities where they had, like anyone else, at some stage in their lives, bought a new sofa from a furniture store or a new fridge from an appliance store. Now here they were making homes from grain bags and wooden poles.

Some of the tents had rugs and plastic flowers. Maybe their homes are close enough to the border that sometimes they steal across and collect things from their houses to make their tents more familiar or more comfortable? I can’t imagine choosing to take risks like that.

Between a row of tents someone had planted flowers and corn. Still trying to picture myself in this situation I found myself drawn to the plants. This I could understand. If I were forced into a similar situation I bet I’d go out of my way to plant something and tend it.

I tried to take some photos of the flowers but my camera was a magnet for the kids. They crowded up to me “saurini, saurini” (“take my photo, take my photo”), too close for me to take their picture and crowding out the plants. The little woman in the photo above came out of her tent and roundly chastised the kids. We shared a universal language of Moms’ eye-roll and laughed. She barely came to my shoulder. Her deeply tanned skin contrasting sharply with my pale freckled self. Comparing smile lines and scant crows feet on our respective faces, I suspect we may be of a similar age. She carried herself confidently, a vibrant personality tangible in her smile and her eyes. She beckoned me over to her tent, the gaggle of kids followed at a distance.

It’s amazing how much we humans can understand each other even without the luxury of language. She invited me for tea but I declined as politely as I could. Then she asked me to take a photo of a family elder. I hunkered down and obliged. When I turned the camera around to show the photo the kids squealed and both herself and the older man nodded approvingly and then she took me completely by surprise. She gestured for me to take her photo. I’ve traveled in enough Islamic countries that I’d assumed she would shy away from the camera. Not wanting to lose the opportunity I swiveled on my heels and snapped. While I adjusted the zoom she flat-out posed. She tilted her chin and barely perceptibly jutted her left hip. I nearly fell over.

I don’t know why I found this woman posing for the camera so arresting. Why wouldn’t she pose? Destitute and a refugee she’s still a person, with dignity, wishes and hopes. Maybe as you read this it will help you think of the people behind the current news headlines as people like you and me.

One thought on “The Little Syrian Woman in Green”