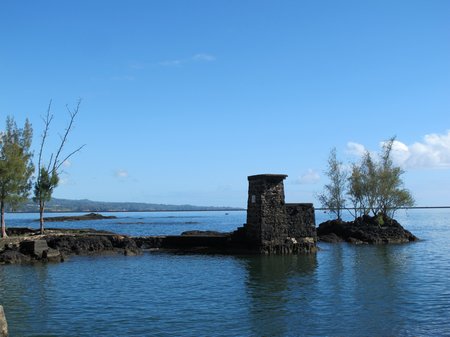 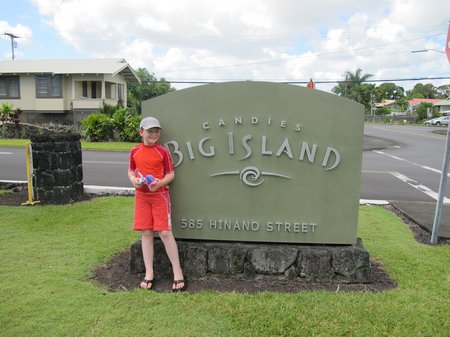 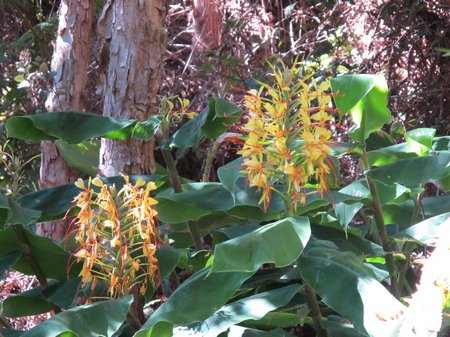 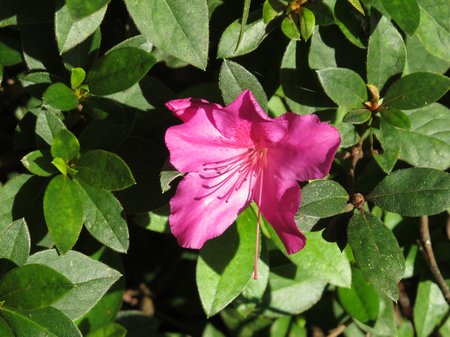 I’d totally forgotten that Hawaiian’s wear flowers in their hair – and how beautiful it is. This and many other memories from my last visit to Hawaii flooded back as we wandered through the terminal in Honolulu waiting for our connection to Hilo on the Big Island. I was excited. I’d been to Maui and Kauai before but never the Big Island and I was looking forward to exploring the Island of Adventure. BigB told everyone he spoke to “I’ve been to Hawaii before, but I don’t remember, I was an infant.” We were about to fulfill his long-held dream of visiting an active volcano – and more. 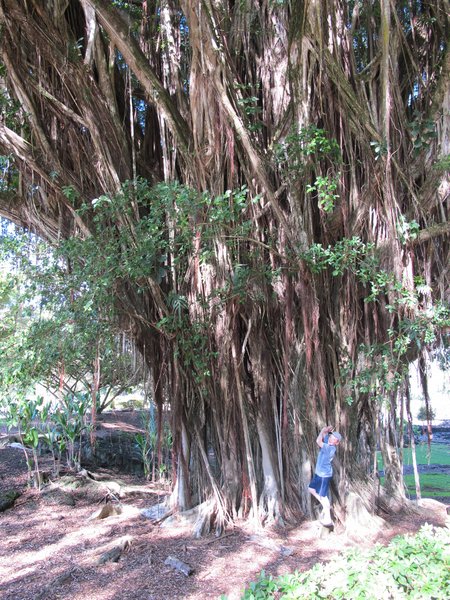 Banyans. These trees are fascinating to me. As we all know, you can tell the age of any tree by counting rings in the trunk. To me, banyans seem to wear their age on the outside as the intertwined exposed roots and many layers of draping moss give testament to the age of the tree on sight. The Hilo Hawaiian Hotel, where we stayed, is on Banyan Drive. I was a happy plant geek just driving into the hotel, already planning to take a walk and examine the trees as soon as I could. BigB was hungry and he’s a child who has never tolerated being hungry for long. We dumped our bags and headed over to the Hilo’s picturesque Old Town for dinner.

A hungry child and a travel-writer mom who wants to explore a new place in detail can be a nasty combination. To keep us both happy I parked a few blocks away from the restaurant so that we’d have to walk along part of the historic district before eating. The low-key charm of the area resonated with me. It’s easy to imagine these buildings, now housing shops and restaurants, as centers of local industry where goods were weighed and measured, bought and sold; as places where workers from many far-flung places signed on to work on the sugar plantations nearby. BigB ran ahead, and chose a little Mexican place for us to eat. Burritos are not exactly the a Hawaiian Island speciality, but being cheap, cheerful and quick we had plenty of time to wander a little more before dashing off for our first encounter with Kilauea. 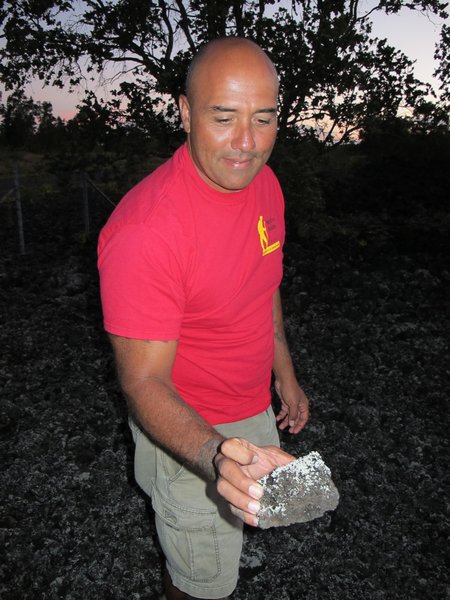 Warren, our guide from NativeGuideHawaii.com was waiting for us at the hotel. The plan was to visit Kalapana so that we could see where the lava from Kilauea entered the ocean. Honestly, I wasn’t sure what to expect. I knew that the lava traveled mostly underground through lava tubes to the seashore but that was it. As he drove, Warren shared information about his island. We learned how the constantly changing landscape has meant that, for example, he can’t bring his children to play at a favorite childhood beach of his because it’s no longer there! He stopped the car at a seemingly uninteresting spot and beckoned us to follow him into a “field” of cooled basalt where he showed us lichens starting to grow on the rocks. He explained how the ohia lehua, a native plant, comes after the lichens and helps to create humus as a first layer of soil in which other plants can grow. Now I was in plant geek heaven. B, off exploring the field, wasn’t listening. I noticed, thankfully, how B’s wandering off to follow the beat of his own drum didn’t seem to faze Warren a bit. When we got back in the car, I discovered that he has three similarly-active boys of his own something which became even more clear when BigB misheard my follow-up questions about how the humus develops – thinking I was talking about hummus the food. Within minutes, he and Warren were laughing about “pita and humus – with worms on the side”. Dad and boy humor is obviously alive and well in Hawaii.

The carpark at Kalapana was a zoo. Warren, stating that the crowds would be impossible, wheeled the car around and said he’d take us somewhere better. I love being guided by a local, they always know the secret best places to get around guidebook crowds. We drove instead to Black Sand beach. On the way Warren explained that there used to be a rich coconut grove at this beach, but that the lava flows after one eruption had altered the landscape covering the beach and the coconut grove. Now, there are many young coconut trees near the shoreline where there is a steep drop to the water. According to Warren these trees are all as a result of people bringing coconuts to the beach in an effort to replant the grove.

At the shore, we could clearly see the plume of steam from where the lava enters the sea. This was a more distant vantage-point than originally planned, but the impact of watching the island grow in front of our eyes was still breathtaking. As night fell, the plume was clearly visible against the star-studded sky at times glowing a vibrant, angry red. On our way back to the car, we stopped often just to look at the stars because, in the absence of much light pollution the vista was stunning. Less than a day into our visit and I was already in love with the Big Island of Hawaii.